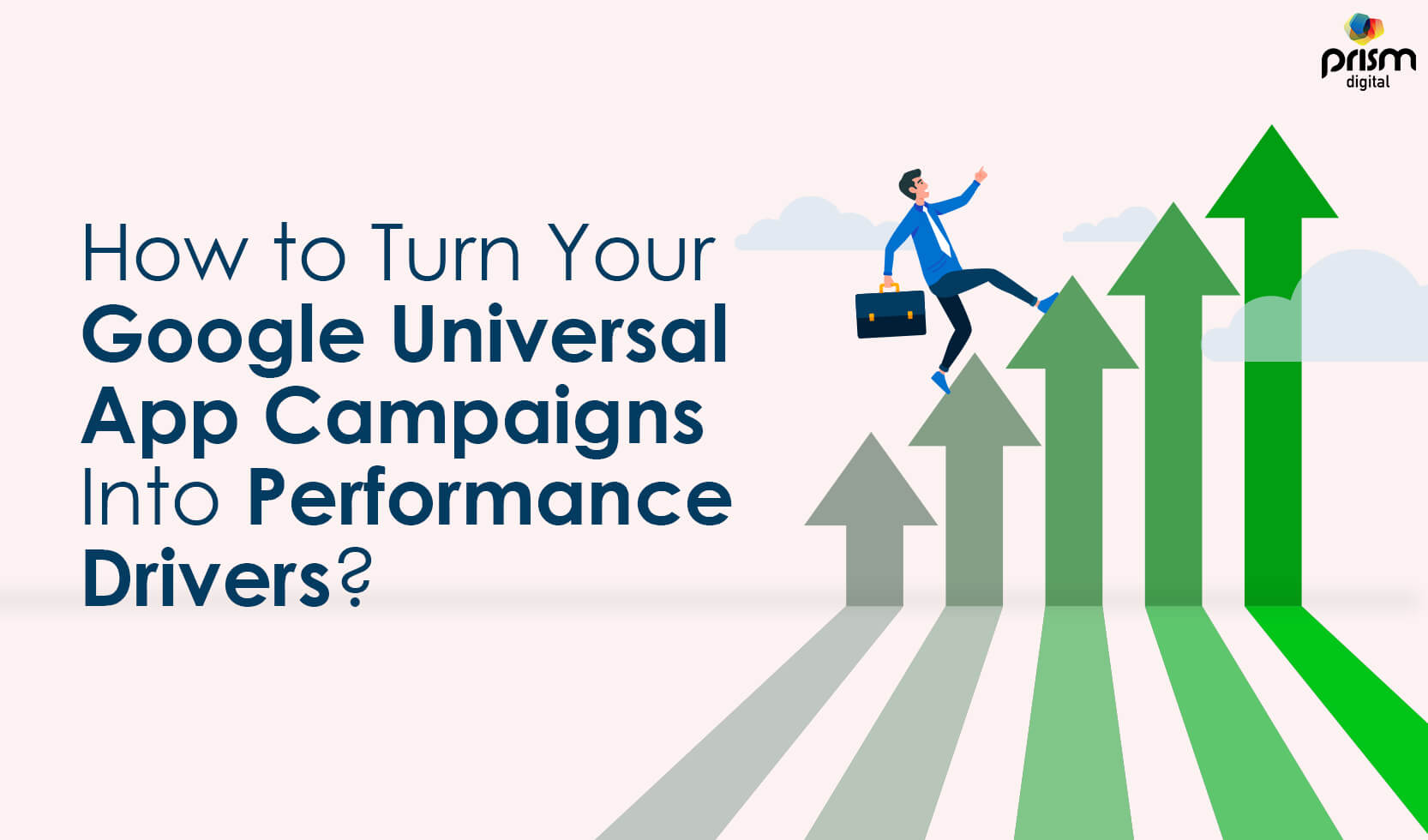 Technology advancements, such as cellphones and the Internet, have unavoidably altered the way how marketing works. You no longer need to own a television network to reach millions of people.
All you'll need is a laptop and an internet connection. You can advertise your apps on Google's major domains, including Google Search, Google Play, YouTube, AdMob, Gmail, and the Google Display Network , using Google UAC.
This is indeed the era of cellphones and mobile app development. According to Statista, by the end of 2022, the world will have 15.96 billion cellphones. Various android and iOS mobile app development companies are thriving solely on the demand and use of these applications.
It's all about results in today's marketing. Machine learning and artificial intelligence have altered the way mobile marketing efforts are funded. You don't have to pick who, where, or how your advertising is presented because human involvement is limited.
There is a faction that believes AI is one of the 12 dangers that threaten human civilization, alongside nuclear war and an asteroid strike. However, rather than seeing AI as a danger, we should see it as an opportunity. Jobs that used to take days to complete can now be completed in a couple of hours.
Google’s universal app campaign feature is one of those developments that you need to get your head into. It is growing rapidly, and you should be using it to your advantage. Before any further ado, let’s discuss UAC in detail and talk about how you can maximize output.

What is Google Universal App Campaign (UAC) and how does it work?

Google introduced Universal App Campaigns (UAC), a new form of an app advertising campaign, back in 2015. Google's now-deprecated app install, and app re-engagement campaigns were replaced with UAC marketing in 2017, marking the next stage in Google's automated ad campaigns. Advertisers' familiar campaign management tools vanished, and a new era of app advertising began. Advertisers could only change the region, language, campaign budget, and ad creativity. UAC campaigns lacked bids, audience, negative keywords, demographic targeting, and other typical optimization features.
Advertisers chastised UAC campaigns for their lack of management. However, as time passed, these initiatives proved to be successful. Campaigns targeting in-app events showed a 140 % boost in conversions per dollar compared to other Google app promotion products. Advertisers finally realized the benefits of Google's machine learning and enhanced the efficacy of their app advertising.

Depending on your objectives, you may optimize your UAC for three distinct sorts of campaigns:

➣ Installs - This sort of promotion is designed to increase the number of times your software is downloaded.

➣ Value-driven campaigns (in-app conversions) — This form of campaign optimizes for the cost of a given in-app event (post-install). You'll need to set up event monitoring through your analytics and/or attribution provider for this sort of campaign and allow it to submit results back into Google Ads Manager.

➣ In-app action value — For app campaigns, this form of campaign optimization is currently in testing. It enables you to optimize for in-app activities based on a defined goal return on investment (ROI).
You may pick how much you wish to earn in return for each dollar spent in this campaign type. Google will focus on supplying you with high-value users over time in this way. For example, if your typical daily budget is $400 and your ROAS objective is 20%, you could expect to earn around $80 from in-app actions.

For the major analytics/attribution systems, Google offers hassle-free click-to-integrate interfaces, while smaller providers can be incorporated through 3rd party connectors.
It's not a good idea to launch in-app conversion-optimized campaigns right away. After executing the Installs target for the first month or two, it would be preferable to gradually add that sort of campaign.
Because the algorithm learns from your customers as they use the app, it's best to give it some time to figure out the kind of people you should target with your marketing dollars.
Finally, no matter which of these objectives you pick, be sure you budget appropriately. This is especially true during the learning stage. You'll need a large enough budget to determine just how well your advertising is doing.

Where to place UAC?

You can place your Google ad campaign at various locations including

How do Universal App Campaigns work?

You have hired one of the best app developers there is and have come up with a great application. Now, what to do? How are you going to promote it to the audience? Having a great idea or product isn't enough, you need to incorporate advertising campaigns to ensure its success. But how do you do it? That's where UAC comes in.
Marketers do not need to create advertising for specific ad locations. Instead, Google will create advertising for you based on the words and digital devices you built. Google also creates bids and targets to ensure that the initiative's success is aligned with your objectives and budget.
What remaining has to be done by hand:

➣ up to four different text lines, each of which can be up to 25 characters long.

➣ You can optionally include any photographs, videos, or HTML5 assets that you want Google to utilize while creating the ad.

It's now easier than ever to advertise an app thanks to recent improvements to Google Universal App campaigns. Depending on your degree of comfort, these adjustments offer both advantages and downsides.
In these campaigns, you may use the following settings and functionalities to your advantage:

➣ Limits on the amount of money spent on each installation.

➣ Conversions to keep track of and improve.

Let's look at the things you can't control in these campaigns now:

➣ Demographics of the target audience

➣ On which networks would advertisements appear?

➣ Keywords or the websites where your adverts appear.

Conversion tracking from a third-party provider should be implemented.

It's critical to keep track of important occurrences outside of an installation. According to Business of Apps, 25% of downloaded apps are only used once, and 50% of app turnover happens during the first month.
Advertisers must be able to look beyond the install to guarantee that their efforts are focused on the most valuable users. An app should be set up with an app-tracking SDK in order to achieve this. Google's Firebase, Adjust, Appsflyer, Kochava, Singular, Tune , and others are some of the most popular app tracking SDKs.

Adapt to the Right Conversion Event

To guarantee that the UAC campaign is optimizing toward the appropriate action, it is critical to understand the campaign's aim. If the objective of the campaign is just to raise awareness, then focusing on installations will help you get the maximum traffic.
Advertisers, on the other hand, usually seek to get a higher return on their UAC efforts. These 3rd-party SDKs may also import in-app events (purchases, registrations, subscriptions, and so on) back into Google Ads, in addition to providing greater analytics and monitoring.
This allows Google's algorithm to focus on in-app events rather than installations, resulting in more income and a higher return on investment.

Ensure that all assets are covered.

Text, video, picture, and html5 are the four ad formats supported by UAC. The campaign's reach is increased by creating advertisements for each kind. On the Search Network, Display Network, Google Play Store, YouTube, and AdMob Network, UAC advertisements can thoroughly appear. The whole inventory available cannot be utilized unless advertising of each kind is built.
Furthermore, additional advertisements and ad kinds will aid Google's system in learning quickly and more effectively. The more data a campaign has, the better it can optimize over time.

Budget limiting a UAC campaign will result in lower results. For install campaigns, the algorithm requires a minimum of 300 installations every 30 days, and for conversion campaigns, 300 in-app events.
Lower budgets imply it will take longer if at all, to accomplish those targets. Campaigns that are limited by budget also influence machine learning, which hampers optimization. The suggested budget is 50 times the desired CPI or 10 times the goal CPA. So, make sure to set suitable CPI and CPA goals.

Users who are more likely to perform in-app actions should be targeted.

Consider the following scenario. You've launched your first Universal App campaigns, and the install volume and cost per install targets have exceeded your expectations! After a few months of frequent reporting sessions with clients, they make an unexpected remark: “We're receiving a lot of installations, but over 60% of them are uninstalled. “How come the quality is so poor?”
Because of the extensive automation of these ads, you'll find it difficult to respond! Changing the sort of people you want to target, such as those who are likely to complete an in-app activity, can improve the quality of app installations significantly.
It's crucial to keep in mind that this might lower total install volume and perhaps raise Cost Per Install, so you'll need to keep an eye on things and make adjustments as needed.

Budgets for iOS and Android campaigns should be segmented by performance.

It's critical to understand who your target audience is at all times. The issue with App campaigns is that we don't have a lot of information on who is viewing our advertisements, let alone the ability to hyper-target them.
In Universal App campaigns, iOS campaigns usually have a higher CPI than Android campaigns. This is usually the polar opposite of what we see on other platforms like Facebook Ads.
If you have a specific campaign goal, it's a good idea to split campaign spending based on performance. For example, if your blended goal CPI is $2, you could find that Android advertisements perform better at $1.50 or less.
On the other side, you could find iOS advertisements with a CPI of more than $5. Because of the lower CPI, more money would be allotted to Android advertising, whereas iOS campaigns would have a smaller budget and a higher CPI objective.
If You Don't Succeed At First...
UAC, like any new technology, becomes better with each iteration. Don't quit up if your first effort at UAC failed years ago. Instead, go through the methods that were employed.
Was the marketing focusing on installations when it could have been focusing on in-app events instead? Was there a sufficient number of each sort of ad in the campaign? Was there a sufficient budget? You need to ask these critical questions in order to move forward in a positive direction.
There are several alphas and betas in the works to improve the campaign. Engagement App Campaigns, ad groups, and targeted ROAS bidding are just a few of the improvements to the campaign type that have recently been published or are in the works. For app advertising, UAC campaigns are the way to go. Make sure you stick to campaign best practices to turn your app advertising into a cash generator.
This is it for today’s blog. I hope you liked it and that you’ve learned a thing or two about Google Universal App Campaigns. If you have any questions or comments, reach out to me and I will get back to you as soon as possible. If you need help setting up or auditing your UAC campaigns, contact Prism digital, the best app development company in Dubai. Our Mobile App Specialists will assist you in developing tailored strategies to get the most out of UAC. 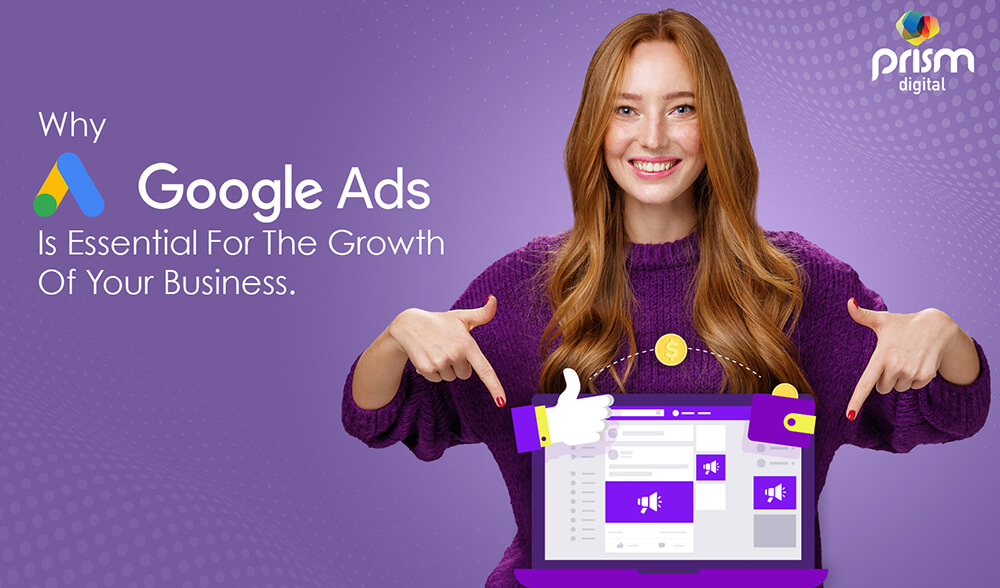 Reasons To Incorporate Google Ads in Your Business Growth Plan Table of Content Is SEO...

Agency Positions You Need to Have on Your Team Table of Content How does a...

5 Guidelines For Managing A Global Company In The Digital Era Table of Content Is...